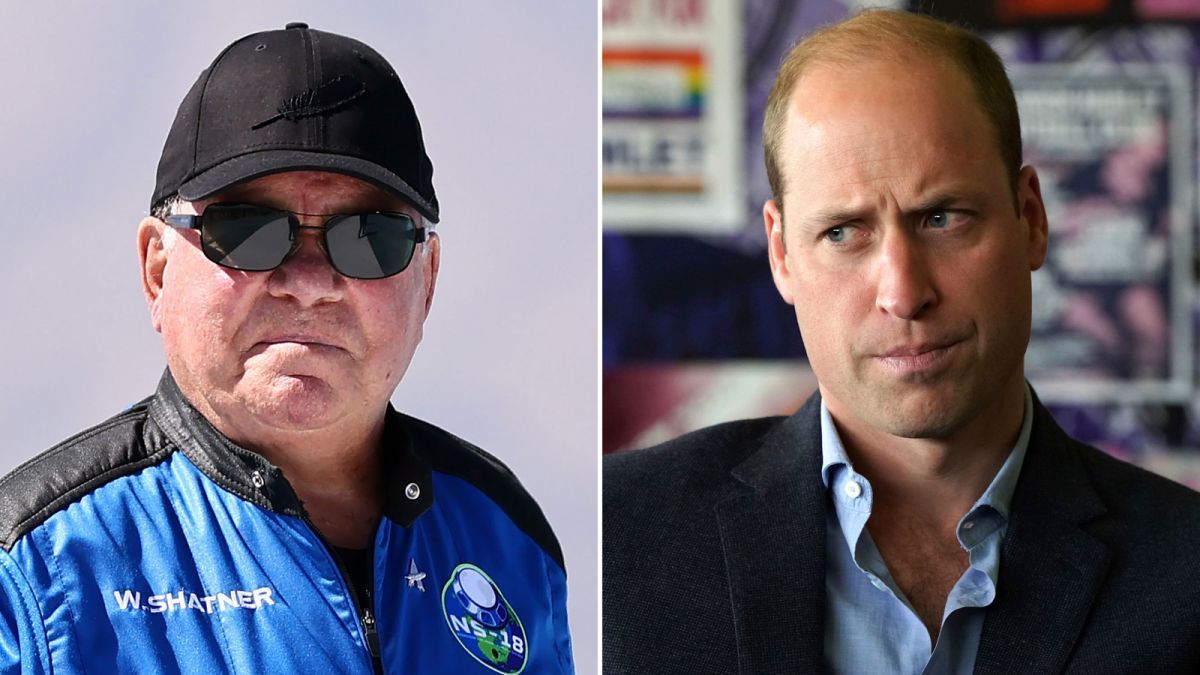 Shatner, who blasted into space earlier this week on one of Amazon founder Jeff Bezos’ rockets, said the British royal family had “had the wrong idea” saying that resolving the issues on Earth should take priority over tourist travel to space.

“He’s a lovely, sweet, educated man, but he’s got the wrong idea,” Shatner said during an interview with entertainment tonight. “The idea here is not to go, ‘Yeah, look at me. I’m in space,’ Shatner added, saying trips like his represent a ‘small step’ towards relocating industries. pollutants in space.

The 90-year-old ‘Star Trek’ actor said a power generation base could be built 250 miles above Earth and used to supply homes and businesses below. “The prince is missing the point,” he added.

Without naming names, William slammed billionaires focused on space tourism in an interview Thursday with the BBC, saying they should invest more time and money to save Earth. Bezos, SpaceX boss Elon Musk and Virgin Galactic’s Richard Branson all take tourists to space.

“We need some of the greatest brains and minds in the world who are determined to try to fix this planet, not try to find the next place to live,” the prince said.

The second in line to the British throne has said he has “absolutely no interest” in going into space. He also expressed concerns about the environmental impact of space tourism, saying there was a “fundamental question” about the carbon cost of spaceflight.

Shatner became the oldest person to ever travel in space when his craft – a suborbital space tourism rocket built by Blue Origin – brushed the edge of Earth’s atmosphere and plunged him into zero gravity. Shatner described the gain from floating above Earth as “deep”.

The actor said space travel is not something a person can understand until “you are up there and see the black darkness, the ugliness”.

“From our vantage point, space is filled with mystery… but right now it’s darkness and death. Right now down here, as we look down, [Earth] is life and education. That’s what everyone needs to know,” Shatner told CNN after his flight.