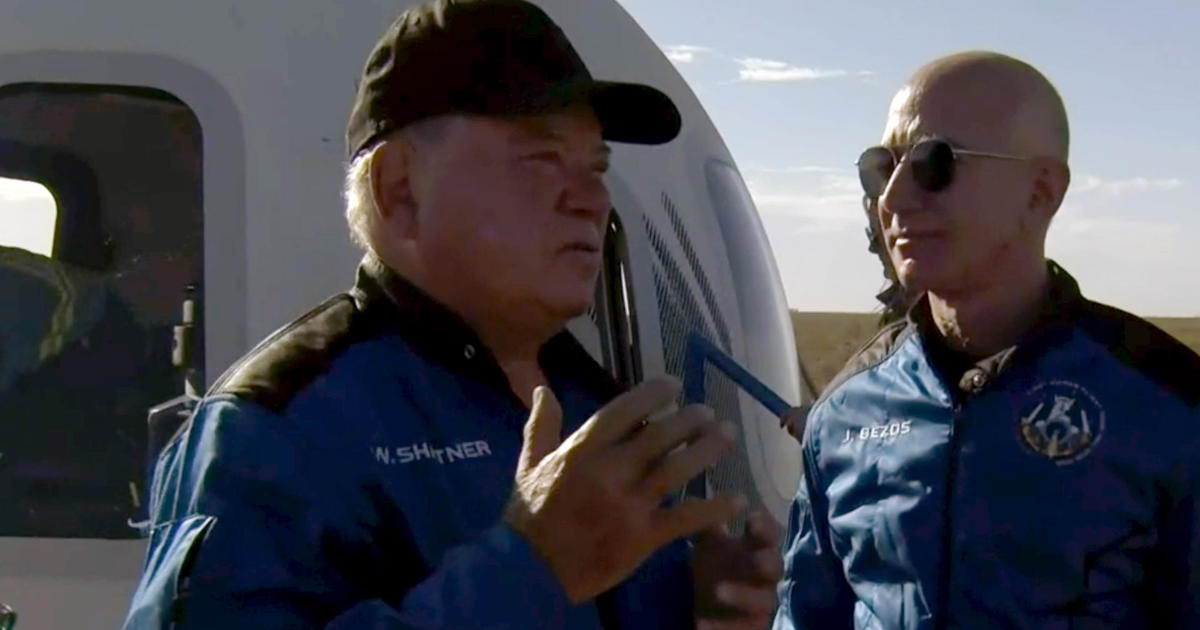 At 90, William Shatner became the oldest person to travel to space on Wednesday, taking a Blue Origin Flight at the edge of the space with three other passengers. Now the traveler responds to the critical comments of another, more royal, William.

“We need some of the greatest brains and minds in the world who are committed to trying to fix this planet, not trying to find the next place to live,” Prince William said in an interview with BBC this week. He did not name the space race billionaires, including Blue Origin’s Jeff Bezos.

“I think that’s ultimately what sold me – it’s really crucial to focus on that [planet] rather than giving up and heading off into space to try to think of solutions for the future,” the Duke of Cambridge said.

Not only is Amazon’s Jeff Bezos working to commercialize spaceflight, but Virgin Galactic’s Richard Branson and Space X’s Elon Musk also entered the race for space tourism with similar passenger flights this year.

Nischelle Turner of Entertainment Tonight talked to Shatner after his Blue Origin flight and asked for the prince’s comments. “He’s a lovely Englishman. He’ll be King of England one day,” Shatner said. “He’s a lovely, sweet, educated man, but he has a bad idea.”

Prince William, a father-of-three, also said space tourism raised the “fundamental question” of the carbon cost of spaceflight and that he had “absolutely no interest” in going into space.

Like Blue Origin’s first passenger flight this year, which Bezos was on, those on board experienced a few minutes of weightlessness during the less than 11-minute flight.

Shatner said the journey isn’t about finding a place to call home outside of Earth, but a place that seeks to protect our planet.

“The idea here is not to say, ‘Yeah, look at me. I’m in space,'” he told ET. “The landing that consumed all of that…energy and people to look over and say, ‘Oh, look at that. Nope.”

“I would say to the prince, and I hope the prince gets the message, it’s a small step in bringing the industry up there, so all these polluting industries, in particular, for example , the industries that generate electricity… off Earth,” Shatner said.

The actor said we have the technology to send things into space, and we could “build a base 250, 280 miles above Earth and send this power here, and they catch it, and then they use it, and it’s there.”

“All it takes is… someone as rich as Jeff Bezos [to say]”Let’s go up there,” he said, adding that Prince William was “missing the point.”

“The thing is, these are the baby steps to show people [that] it’s very useful. You can send someone like me to space,” he said. Shatner, however, said he agreed with Prince William that there are problems to be solved on Earth. , “but we can curl your hair and put lotion on your face at the same time.”

Shatner said the flight was not a “religious experience” as some compare it, but overwhelming, like holding your child for the first time.

“You hold the baby and it’s magic. It’s so overwhelming. How am I going to protect this child?” he said. “You are overwhelmed with responsibility and have to take care of [the child] and how are you going to do it. It’s an overwhelming experience, and I’ve had that experience.”

As for being the oldest person ever in space, Shatner said he “can’t stand” being reminded of that fact. “It reminded me of the death that awaits me because of my age… But also how to protect you in the years to come, and my children and my children’s children,” he said. “That is what is essential.”

Caitlin O’Kane is a digital content producer who covers trending stories for CBS News and its good news brand, The Uplift.