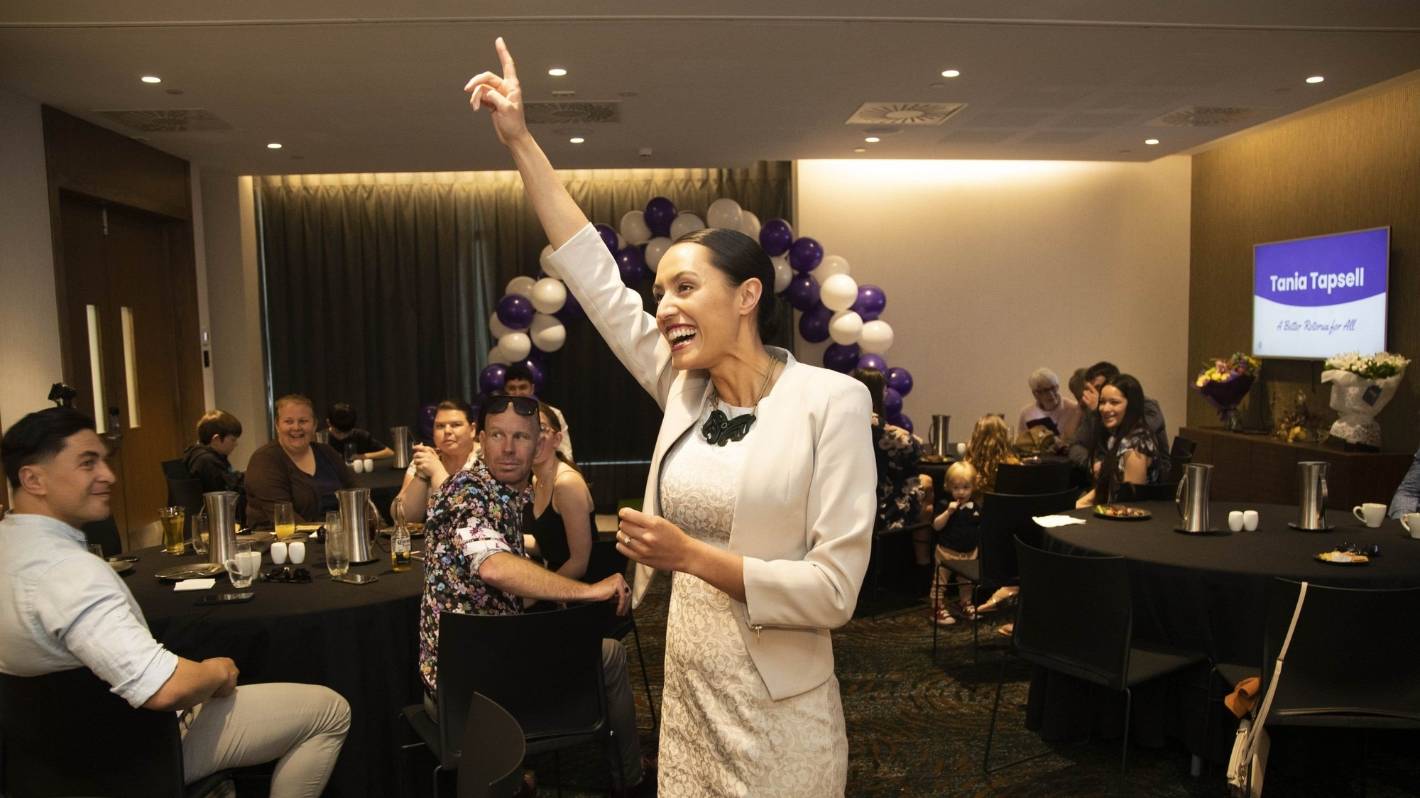 Felix Desmarais is a Rotorua-based local democracy journalist who covers the Rotorua Council of Lakes.

ANALYSIS: Following Saturday’s local election results, unsuccessful Rotorua mayoral candidate Reynold Macpherson said his loss was almost a “relief” and that he may have “dodged a bullet”.

It’s a pretty handy line after the fact and in the event of a loss, but Macpherson is right: new mayor Tania Tapsell has her work cut out for her.

She faces a district at a crossroads – runner-up mayoral candidate Fletcher Tabuteau said Rotorua was “on the brink”.

There were huge disparities in voter turnout between different regions, says Katie Bradford of 1News – for example, more than twice as many people voting in Devonport as in Ōtara.

Rotorua has never been immune to problems, especially socio-economic ones.

But after a pandemic that has rocked tourism, the proliferation of motel emergency accommodation and its well-weathered impacts, and apparent trust issues between council and community, Rotorua needs a leader who will stand up, will speak out and get things done.

At the very least, Tapsell will need to be aware of the requirement to also be seen as getting things done. His predecessor Steve Chadwick was criticized for his inaction on emergency accommodation, but it was later revealed that Chadwick was working behind the scenes, pressuring ministers. Whether she lobbied ministers enough – including friends and former colleagues from her time as a Labor MP – will always be a matter of debate and contention.

Chadwick didn’t speak out publicly on emergency housing at first, and when she did, it was only mildly critical. Stronger words may have been exchanged behind closed doors, but either way the soft-spoken approach from behind the scenes left some in the audience feeling like their mayor lacked action on the subject.

Chadwick’s legacy is now for historians, but she left Tapsell with a parting warning: Dealing with strong-willed advisers will require “shrewd hands” to manage. Chadwick knows this from experience.

Tapsell seems determined to work with advisers inclusively, even when she disagrees with them. An approach that works against alienation – which would only exacerbate acrimony – is likely to be effective, albeit difficult.

But all mayors do well to remember whether or not they agree with their colleagues, councilors are duly elected and they represent part of the electorate, for better or for worse. Democracy is not always easy or convenient and it requires raruraru – conflict and debate – to work. It’s not meant to be slick, on-message and PR-focused.

Tapsell is clear that his National Party affiliation does not play into his role in local government. But when asked on Sunday if she had any existing relationships with the central government, she said no, but that she was looking forward to establishing them.

On the one hand, her distance and political opposition to the current government means she can feel freer to criticize it, shaking the cage louder than a Labor or left-aligned mayor. On the other hand, perhaps the minister’s ear is not so friendly.

Conversely, with the general election looming next year, a return to the National could mean Tapsell can use his contacts within the party. Tapsell is well regarded by Christopher Luxon, Nicola Willis and Rotorua MP Todd McClay. Simon O’Connor and Simeon Brown congratulated her on her victory on her Facebook page. These connections might prove useful in the future.

Either way, the most important relationship Tapsell will need to have is with the people of Rotorua. There seems to be a growing mistrust between the council and the public.

Several proposals, such as the development of the Westbrook Sports Precinct, the Rotorua Maori quarter layouts, the introduction of seven deputy chief executives and the council’s highly controversial reserve proposal have failed to engage the public, much of their development taking place behind closed doors. doors.

Hiding debates, discussions and directives to staff behind these closed doors has aroused suspicion and mistrust, whether or not there is a legitimate cause for it. He underestimated the intelligence of the public.

This practice will likely need to be – at least – curtailed under Tapsell’s leadership if she is to rebuild that trust.

It won’t be easy – disagreement is never a pretty picture. But that’s democracy and the public wants to see councilors fighting for their very diverse opinions.

“Raw and naked debate,” as constitutional law expert Dr Dean Knight calls it, isn’t clear and clean, but it’s less damaging than cutting off the public, and could mean that good proposals get a fair public hearing – and most importantly, buy-in – they deserve.

It appears Tapsell is cutting locks to open doors – she said closed-door workshops were ‘negative to the perception of politics’ and that public exclusion should be an ‘exception’.

Tapsell ran a deft campaign that stayed on message and wisely played for populist causes such as stopping the sale of reserves and opposing Three Waters reform. She managed to appear on TV talking about emergency housing, watching and ringing mayor. She behaved like a mayor.

Now Rotorua will be waiting to see if the campaign image is backed up with substance and if Tapsell can turn Macpherson’s dodge ball into a silver ball.