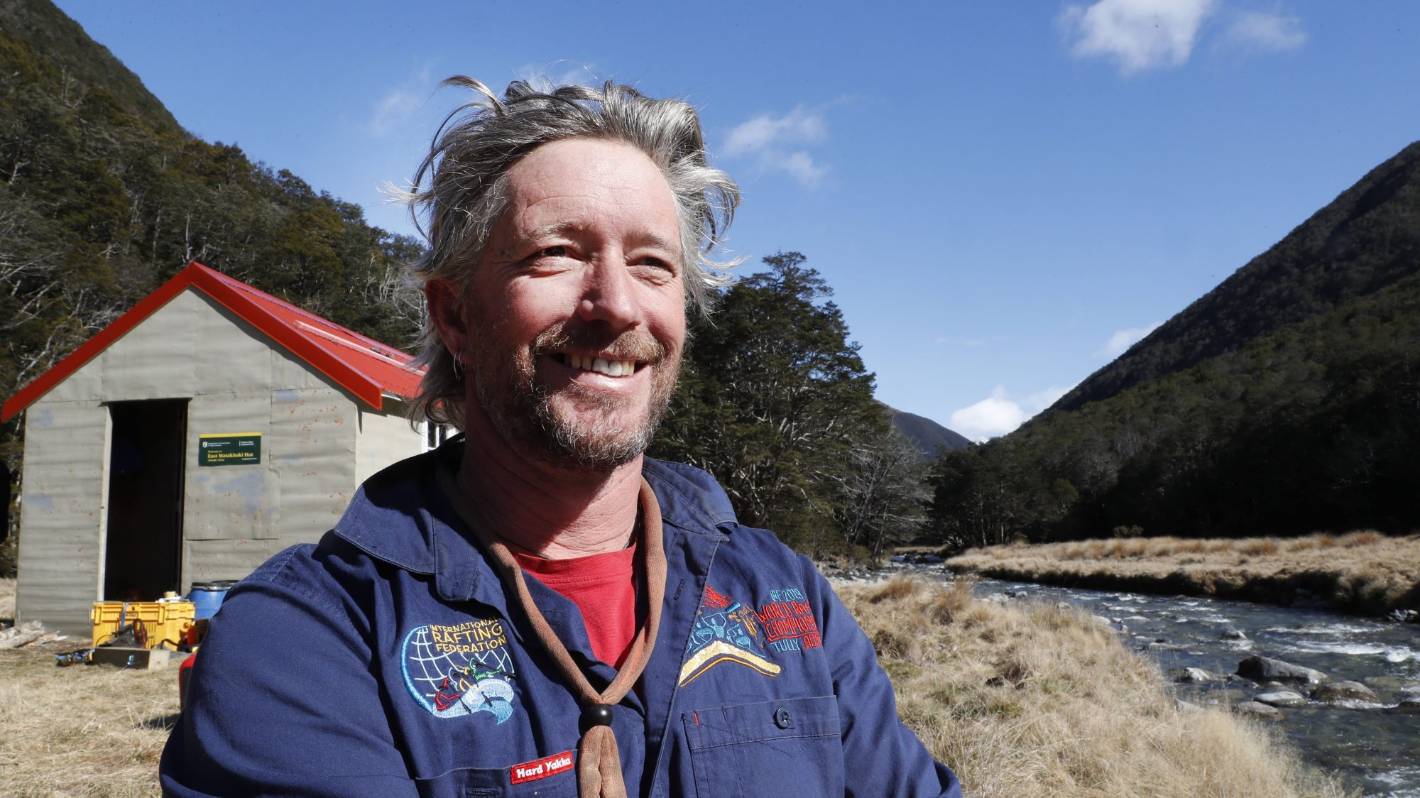 Murchison’s rafting guide, Tim Marshall, was due to be in China this year to help set up a rafting business before returning home to run his own guiding business on the rivers on the west coast.

Covid-19 sank both of those shots and Marshall, who has more than 20 years of experience as a rafting guide, said bookings for his Murchison-based rafting company Ultimate Descents New Zealand had all but disappeared by the end of the day. March.

“As soon as the borders closed, we lost a lot of reservations, before the country went to level four, we were already suffering and we closed our doors.”

Now a $ 2 million expansion of Backcountry Trust repair and maintenance program for isolated huts under the government’s $ 1.3 billion Jobs for Nature fund has kept Marshall and his team working, while ensuring that some of the “Kiwi tramping huts” New Zealand classics will be preserved for generations to come.

Eugenie Sage, then Minister of Conservation, at the East Matakitaki Refuge in Nelson Lakes National Park in September.

READ MORE:
* KÄkÄ visitor delights an inhabitant of Bas Moutere
* New Powell Hut to keep Kiwis in touch with their outdoor heritage
* John Reid Hut from Kahurangi gets a makeover

Marshall and three other guides have spent the last four days working on the East Matakitaki Hut, a six-bunk hut perched on a grassy dish on the banks of the east branch of the Matakitaki River, near Murchison.

Outside the cabin in Nelson Lakes National Park on Wednesday, Conservation Minister Eugenie Sage announced funding for the repair and maintenance of cabins, trails and bridges in some of the most popular locations. most remote areas of New Zealand as part of the Covid-19 economic stimulus program.

The announcement meant that Marshall was able to keep several of his employees at work.

â€œNot only do we lose our reservations at the end of the season and lose three months of work in China during the winter, it has been perfect for us. “

The crew were transported to the national park on Sunday to repair the old forest service hut which was built in 1961. The men managed to get a new roof over the hut before it started to snow on Tuesday and the next day. old roofing iron was reused as coating for a new nearby wood shed.

This is the first of several contracts that will keep Marshall and his crew busy during what will be a quieter rafting season than usual.

â€œWith the borders closed, domestic tourism will be more work on weekends for us and it will be difficult to retain staff and pay the bills.

â€œIf we can take that kind of job, where we have a week to renovate a hut, we can plan accordingly. “

â€œPart of our job is to guide people through remote wilderness areas in Kahurangi, Karamea, Mokihinui and Buller and we’re used to being in that environment, that’s what we love and it’s nice to be able to give something back to these huts. “

There are over 950 huts across New Zealand in the DOC area and the Backcountry Trust has a long term partnership with the Department of Conservation to help maintain the network of trails and huts in remote areas.

Sage said the funding would help help people, like the rafting guides at Ultimate Descents, use their outdoor skills to do valuable hut maintenance and restoration work.

About 108 contract jobs will be created through the Backcountry Trust, in areas where the decline in tourist numbers due to Covid-19 has had a major impact on the local economy, including the West Coast, Canterbury and Wanaka.

There are already several huts in the area lined up for restoration, the next on the list is Bob’s Hut which is located further downstream and was one of the first to be built in the area in 1958 after the creation of the national park. Nelson Lakes in 1956..

Backcountry Trust director Rob Brown said he has been working on restoring remote tramping huts for the past six years and has completed more than 150 restorations since then.

He received funding from DOC for his volunteer program, but the $ 2 million funding increase “would dramatically increase” the number of huts he could work on.

Brown said New Zealanders are passionate about preserving huts in the hinterland.

â€œIf you go through the hut book, there are so many people who have come here and have stories to tell about this part of the park, and we are really keen to keep these opportunities open for the next generation. “

Trust’s community engagement coordinator Andrea Goodman said the money would be used to continue education and advocacy work, mitigating risks to the kea and working with DOC to identify and remove nails and lead flashing from old huts, reducing the risk. kÄkÄ and kea suffering from lead poisoning,

As part of the work on the East Matakitaki refuge, the team removed all lead nails and flashings.

Conservation Department Nelson Lakes director of operations John Wotherspoon said huts in the backcountry were often last on the list for maintenance.

“These are the ones we tend to make last because we have to focus on the high country ones that are often visited, and the ones we reach when we can and when things need to be done.”

Huts like the Matakitaki East were â€œclassic Kiwi tramping hutsâ€.

“It’s great to do this kind of work.”