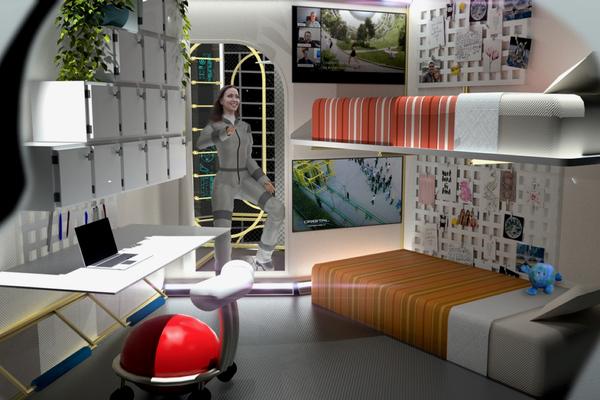 The future of space tourism continues to look bright

The future of tourism and space travel continues to look bright.

Orbital Assembly Company (OAC), the only company developing the technology to build the world’s first commercially viable space park, which will one day give people the opportunity to work, live and play in space, announced that its Pioneer space station, which includes artificial gravity for people to walk and run normally in space, should be operational by 2025.

The station will feature five modules with a maximum capacity of 14,000 cubic feet each, built around OAC’s rotating gravity ring, which will provide artificial gravity to those on board. The station will accommodate 28 guests and will have both zero-G and variable gravity levels down to 0.57-G. For comparison, Earth’s gravity is measured at 1-G.

The gravity level will allow people to sleep in beds without having to be physically tied to a bed, drink from a cup, or eat without worrying about food floating around in the air. OAC’s goal of creating multi-purpose space parks includes options for space travelers to come and visit, as well as other applications that include military, communications and more.

The Pioneer Station will launch before the larger OAC project, called The Voyager Station, which will accommodate up to 400 people.

“For the average person, being in space will be a sci-fi dream experience,” says Tim Alatorre, chief operating officer of Orbital Assembly Corp. “Our vision is to make space a destination people will want to visit, with familiar elements provided by the presence of gravity.

“We envision our Pioneer and Voyager space stations as the ultimate ecotourism destinations,” says Alatorre. party to move it forward to help improve life on earth.”