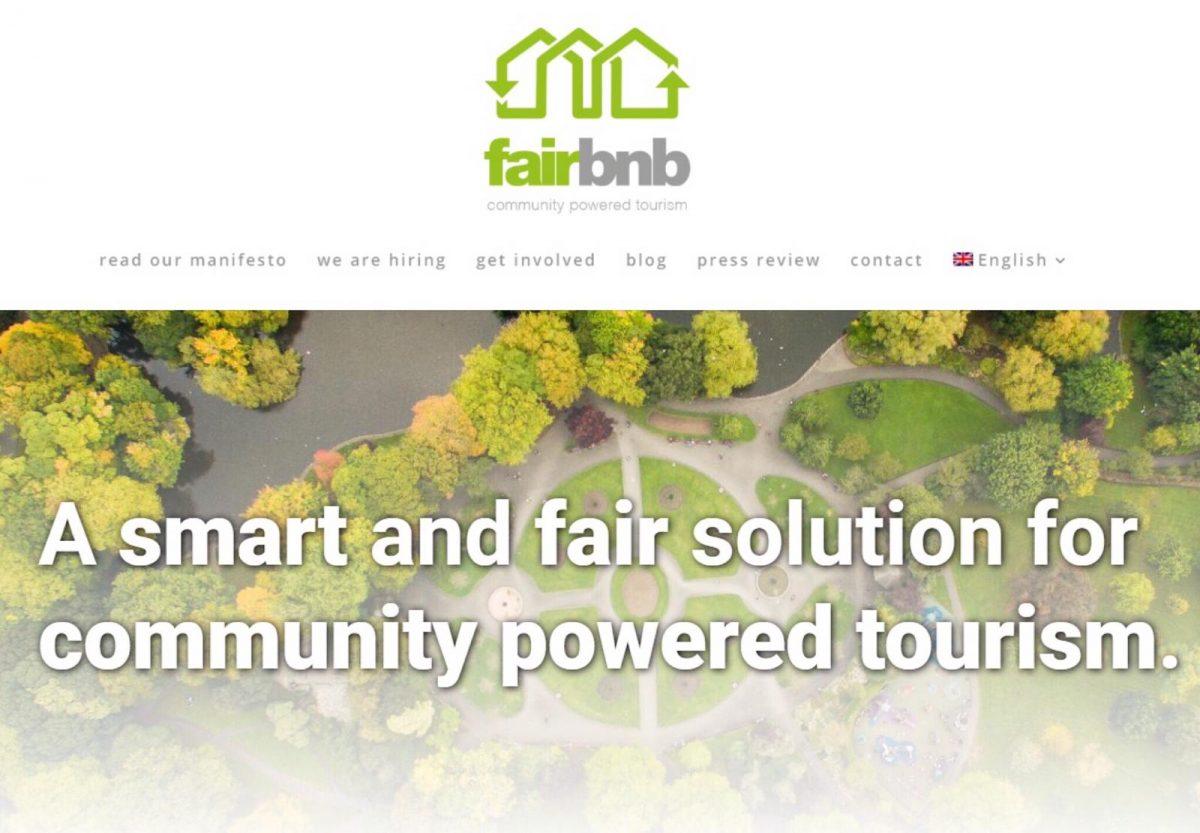 The ethical home-sharing alternative that wants to undermine mass tourism

Europe is home to many favorite destinations for travelers from all over the world. Over the years, the tourism industry has changed the face of many European cities. On the one hand, innovations in the industry, such as budget airlines or accommodation services, have made it possible for almost everyone to afford to travel to new places. However, on the other hand, many areas and sites have suffered mass tourism which has triggered a process in which neighborhoods are more like museums, as well as several economic mechanisms that ultimately damaged local residents.

Many cities have lost their identity, becoming a mere tourist attraction. But it’s not just a matter of distinction and individuality: business activities that once supported the local economy have been replaced by international franchises and facilities for tourists. The case of Venice, a thousand-year-old city which is now considered an amusement park by visitors, while the locals gradually disappear, is a painful reminder of the effects of mass tourism.

One of the most affected sectors has been housing. In some of the busiest cities in Europe, rents have become too high for residents due to economic competition from roommate platforms. Especially Airbnb. The real estate market has become more vulnerable to speculation while in many cases becoming much more accessible to tourists than to long-term residents. That’s why an Italian startup based in Bologna, a city that recently experienced student protests against rising rents caused by the ubiquitous presence of Airbnb hosts, founded Fairbnb. The startup recognizes the innovation that accompanies the initial objective of the company born in 2007 in San Francisco, but is working on a more ethical approach. I interviewed Emanuele Dal Carlo, the co-founder of the startup.

How did you come up with the idea of â€‹â€‹an ethical counterpart to Airbnb?

Emanuele Dal Carlo: The fairbnb.coop concept was born in different cities by autonomous groups who, once they discovered the existence of others who were working on the same issues, decided to come together. The hot spots were Venice, Amsterdam and Bologna, but soon people from Athens, Rome, Barcelona and Seville joined in the challenge. We didn’t just want to protest or make a statement, we wanted to demonstrate that it is possible to operate in the tourism market on a large scale and at the same time demonstrate social responsibility. We want to show that it is possible to create a market solution that turns tourism from a problem into an opportunity for local communities. We want to lead by example, hoping the market will follow suit. The revolutionary and innovative initial idea of â€‹â€‹home sharing promoted by platforms like Airbnb has changed, allowing speculators and hosts with a plethora of homes to rent short-term with virtually no control over local regulations. This process without any self-restraint has contributed to the increase in the costs of residential housing. As citizens, we have been directly affected, seeing our cities change drastically in a few years. The urgency of the problem motivated us to begin this journey which involves people in co-creating an equitable model that creates distributed prosperity. We have combined our experiences of social entrepreneurship, activism and cooperative approach to deliver a better sharing economy model for users, for communities and for the tourism market itself.

What issues have you encountered about Airbnb and its impact on the tourism industry that made you want to start Fairbnb?

The impact of mass tourism in our cities is a complex phenomenon linked to many factors: however, the unregulated expansion of these platforms has resulted in rising rental prices in many places, as well as rising protests from many inhabitants. Vacation rental platforms usually don’t put in place any filters to check if hosts are complying with local regulations. In addition, they do not share their data with public administrations, which is the only way for local governments to correctly regulate this activity. Some of us have been directly affected by this phenomenon: just recently one of our co-founders who moved to Bologna struggled to find an apartment due to the lack of supply and high prices.

As citizens living in tourist destinations, we have all suffered the effects of mass tourism in recent years. Often times we have seen entire neighborhoods lose their identity as many local people and businesses were forced to relocate due to rising rents. The transformation of residential districts into tourist districts, with local shops converted into bars and take-away meals and entire streets populated only by tourists, the inhabitants are struggling. There is one element of the tourism industry and particularly related to vacation rental apartments, which we would like to challenge: the positive impact of tourism is only felt by businesses and owners, while the negative impact is suffered by the whole community. This impact is in fact linked to the prices of the real estate market. The result is an increase in nuisance, less cohesive communities, the replacement of traditional stores by retail businesses directly aimed at tourists. We do this not only to relieve the residents, but also to help the tourists. We believe that a level of sustainable tourism will create a better experience for travelers and reconcile locals with an industry that has extended its welcome in our communities too far. We believe in inclusive technology, which promotes the well-being of people for profit and which allows people to collaborate and support each other: this is why we decided to create Fairbnb!

How will the platform work? Can anyone become a fairbnb.coop host? How do you select them?

The platform will allow locals to offer full rooms, apartments and houses, local hotels and guesthouses, even campsites and farms. However, they will need to strictly follow local regulations and, on top of that, adhere to fairbn.coop sustainability rules that have been agreed upon by the local node. For example, in Venice, guests can only be residents, and in the case of full apartments, the owner can only have one second home in the tourist market all year round. This was decided in order to maximize the positive economic effect on the resident population who pay taxes locally and to promote a circular economy. We think it is also a much more meaningful experience for tourists who will know that they are going to live in a house that is owned by a local family. Other cities may follow different rules and there may be exceptions but in general the golden rule of 1 house for 1 resident guest will be suggested worldwide.

We will not charge any fees or commissions from hosts and we will also allow our hosts to be present on other booking platforms. We will actually charge a booking commission to the traveler and ask them to decide which local social project they want to donate the 50% of the platform fee to. At any point in the booking process, all parties will have a transparent and open view of where the money is going. It will also be possible to donate directly to one or more projects without having to book a room or an apartment. This will allow the local community to use fairbnb.coop as a crowdfunding tool and travelers who have booked on other platforms – or just want to support a community – to support social projects independently.

Our goal is to involve local organizations. We select the first projects on several criteria (subject, number of people affected, etc.), at the same time promoting events in the territories where we operate while empowering those who want to help bring fairbnb.coop to their cities. We create local groups that will be responsible for finding new projects and co-creating initiatives related to fairbnb.coop and the model of a sustainable economy.

How did you choose the cities in which to test it?

These cities are where we have the most active communities. They are also the homes of our founders. Here we encourage everyone to pre-register as a host and contact us in order to speed up the process of opening fairbnb.coop worldwide. To register a new location, we just need a small group of locals to take the lead, find hosts and social projects; Then we will work together on compliance with local regulations and bureaucracy, in order to be 100% compliant with the local legal and tax system.

What was the reaction you had from the inhabitants / local authorities of the cities in which you bring the platform? How has mass tourism affected their lives?

The initiative has been received very positively by people who wish to experiment with new models of the sharing economy. Even though fairbnb.coop alone cannot be the solution to mass tourism, we can offer local communities and residents the opportunity to experiment with a model that limits the negative impact of the industry, while contributing to the creation of a network of sustainable initiatives. We have had different responses from local administrations in the cities where we will be launching the pilots: Amsterdam, Bologna, Barcelona and Seville have been very supportive. Great support has also come from the cooperative ecosystem, but we understand that we need to establish ourselves as a credible player before all local governments see fairbnb.coop as a great opportunity to promote a more sustainable tourism model.