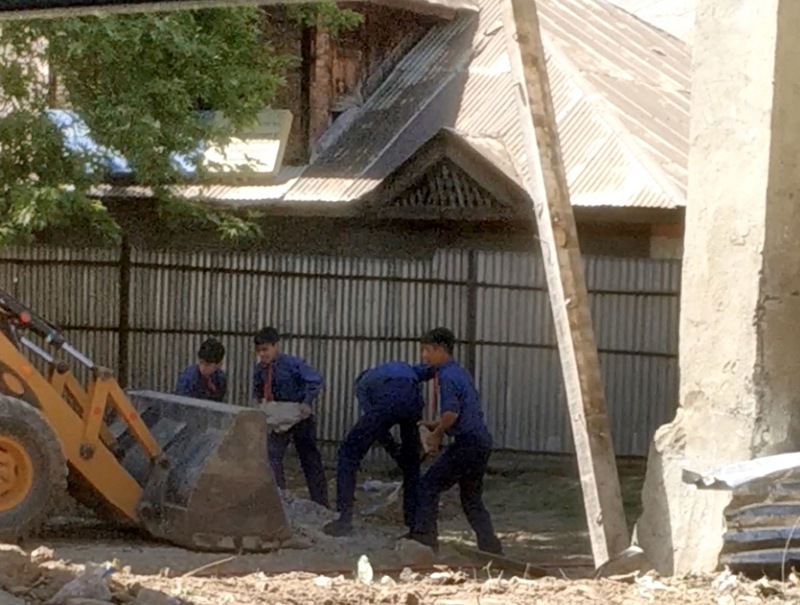 Srinagar, April 7: Teachers at Government Middle School (Branch) Bandipora in North Kashmir allegedly forced students to work as laborers on the access road construction during school hours.
A video of the incident has gone viral on social media, showing students carrying bricks, stones and other building materials for the construction of an access road to the school.
Students were reportedly forced to work in the scorching sun and carry materials over long distances, while teachers remained in the comfort of their rooms.
“Teachers seem the least concerned about students’ studies, and teachers know very well that the majority of students are from poor families, so no one will object. It is very shocking that the government is providing funds to the school management for repairing and constructing the buildings, but by hiring students as laborers, the school management is embezzling funds,” a local said.
Locals have demanded tough action against school authorities for this act.
An official said, according to a preliminary investigation, the students carried the bricks and stones for fun during a play period, and no one forced them to do so. We have ordered an investigation into the matter
According to Bandipora Deputy Commissioner Owais Ahmad, an investigation has been opened into the matter, and if anyone is found guilty, tough action will be taken.

The first space tourism mission is here. Three private astronauts will blast off for the International Space Station on Friday, April 8