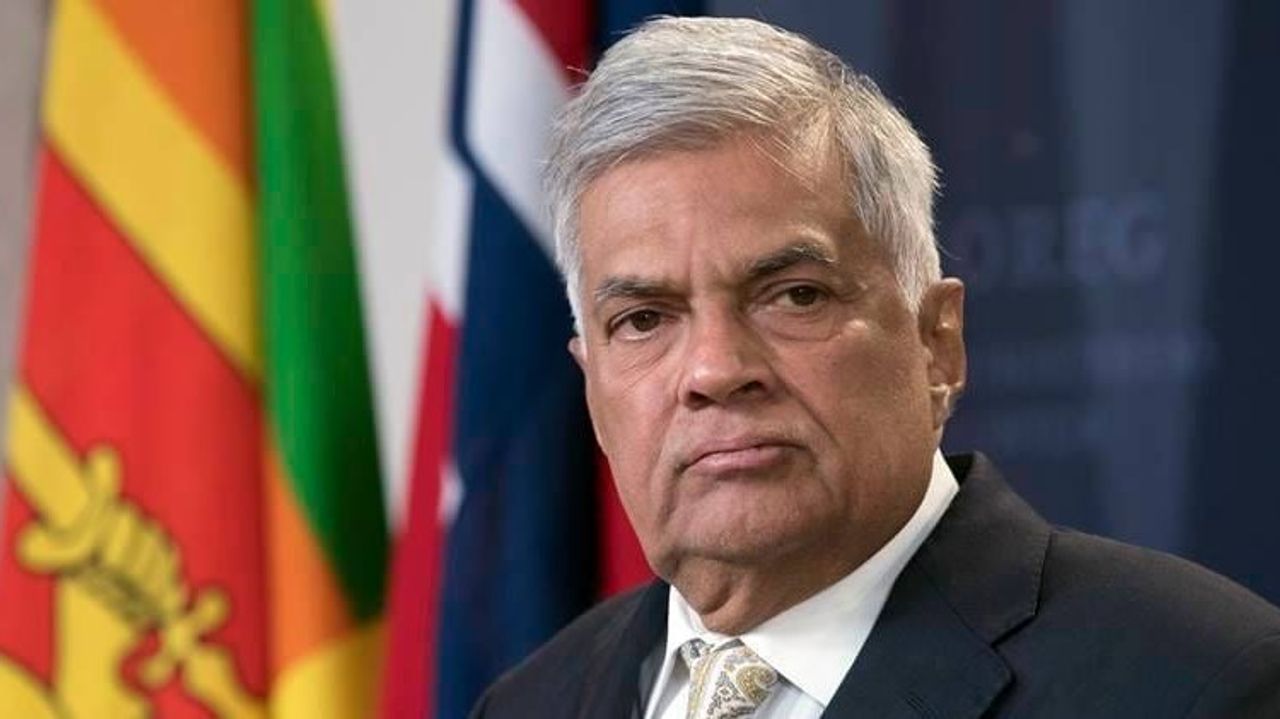 Addressing his comments to public sector workers, Wickremesinghe said menacingly, “If you want to work, then work. Otherwise, go home. We are not ready to pay you for nothing…”

He warned that Sri Lanka’s economic growth would contract by 8% this year. But at the same time, the president fraudulently claimed that this monumental crisis would be offset by agricultural development and tourism.

Although Wickremesinghe issued these threatening statements at a local event, they echo the ruthless demands of the International Monetary Fund (IMF) as a precondition for a new bailout loan.

The IMF has repeatedly insisted that there will be no such lending until the Sri Lankan government imposes “debt sustainability” measures. Wickremesinghe is a long-time notorious enforcer of the IMF’s savage demands.

An IMF negotiating team arrived in Colombo on Wednesday for further talks. The financial institution insisted on measures aimed at destroying hundreds of thousands of jobs in the public sector, the privatization of public companies, the widening of the tax net to include low-income families and the reduction of subsidies and subsidies. government spending on public education. , health and other vital social services.

Wickremesinghe’s denunciations of state sector workers as lazy and an unbearable drain on public spending are not new. They are part of an ongoing government propaganda campaign to justify the massive job destruction and increased productivity demanded by the IMF.

In June, the Secretary of the Ministry of Public Administration, Priyantha Mayadunne, gave an indication of the “reform program” planned by the Sri Lankan government.

“There is no way we can move forward with the current public sector. The ideal size is 500,000 or at most 800,000,” he said. In other words, Colombo plans to cut almost a million public sector jobs.

Further plans for job destruction and budget cuts, which will throw huge numbers of people into poverty and starvation, are currently being discussed by the cabinet.

On Tuesday, a cabinet spokesman told the media that the government plans to cut its 2023 budget deficit to 6.8% of gross domestic product, from an expected 9.8% this year.

This will involve higher taxes and further spending cuts, including the “restructuring” of state-owned enterprises, the closure of some “loss-making” institutions and the adoption of a so-called voluntary pension scheme. The first stage of these brutal measures will be implemented in state media where thousands of people are employed.

Energy and Energy Minister Kanchana Wijesekera recently said that the Ceylon Electricity Board (CEB), which currently has 26,000 employees, only needs 5,000 employees. He has already appointed a committee responsible for proposing measures for the “restructuring” of the CEB and the Ceylon Petroleum Corporation (CPC). On Monday, thousands of CPC employees demonstrated against these measures. Sri Lanka Telecom, which employs about 4,600 people, and Sri Lanka Insurance, which employs about 2,700 people, are also targeted for privatization.

The government has announced that it will not hire any new public sector recruits, even though there is a desperate shortage of workers in public health and education, and other key social services.

All salaries of state workers have been frozen, despite massive increases in the price of basic necessities. Last month, the official inflation rate rose to over 60%, with food inflation climbing to over 90%.

Overtime for health workers has also been reduced, which increases the workload and endangers the health of patients. On Wednesday, government press workers went on strike to protest cuts to their overtime hours and pay.

SLGOTUA chairman Pradeep Basnayake said “the system was not prepared for officials to work at maximum efficiency”. An SLDOSU representative even endorsed Wickremesinge’s remarks, saying, “As in all other areas, there can be a handful of people who don’t do their homework properly in the civil service. We do not deny it. »

Over the past four months, millions of workers and poor have been involved in huge protests and strikes against the unbearable cost of living and demanding the ousting of former President Gotabhaya Rajapakse and his government.

As Rajapakse was forced to flee the country and resign from his post, the trade unions, backed by pseudo-left groups, such as the Frontline Socialist Party (FSP), betrayed this unprecedented movement by linking it to the opposition Samagi Jana Balavegaya (SJB), the Janatha Vimukthi Peramuna (JVP) and the Tamil National Alliance (TNA).

None of the deadly social problems facing the masses have been resolved, but Sri Lanka’s new president has had time to prepare and then unleash even more repressive attacks on social and democratic rights.

This week, Wickremesinghe decided to detain three student leaders under anti-terror laws, indicating his regime’s preparedness to ruthlessly suppress any opposition to its austerity program.

All the opposition parties, including the SJB, the JVP and the TNA, as well as the trade unions and the pseudo-left, have no fundamental difference with the dictates of the IMF.

Workers and the poor can defend their jobs, wages, living conditions and democratic rights only by establishing working class control over the production and distribution of all essential goods and services. This requires the seizure of the colossal wealth of billionaires and corporations, the nationalization of banks, big business and plantations under democratic public control, and the repudiation of all external debts.

In order to fight for this program, the working class must mobilize its independent political force in alliance with the rural poor.

The Socialist Equality Party (SEP) urges workers and the poor to set up their own action committees in workplaces, plantations and major economic centers, as well as in rural areas, independent of trade unions and capitalist parties.

The PES calls for the convening of a democratic and socialist Congress of workers and rural masses composed of representatives of these action committees. Against the desperate attempts of Sri Lanka’s ruling elite to establish a multi-party capitalist regime, this congress will lay the groundwork for the revolutionary struggle for a workers’ and peasants’ government based on a socialist and internationalist program.