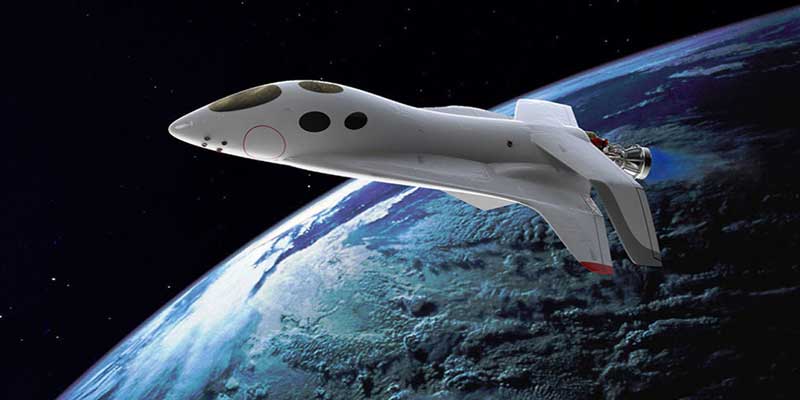 SPACE TRAVEL- ( By Manzar Alam, Founding Editor, www.arunachal24.in, Former Bureau Chief (Northeast), Zee News ) – My friends, nowadays, whenever you take a vacation for two or three days, you immediately go to a hill station, a sea beach or any other place. But now the day is not far when you can travel in space. Yes friends, I’m not kidding, now the day is not far off for space tourism, when 400 flights will fly from earth to space in a year, an average of more than one flight per day. And India with its Indian Space Research Organization (ISRO) Gaganyaan mission is also part of this project.

The level at which preparations are underway for space travel can be gauged by the fact that Virgin Galactic Company is preparing two such aircraft carriers that can achieve the capacity to launch hundreds of spaceflights. So that he can help transport and bring a large number of space tourists. For these flights, people book their seats for 200,000 US dollars, or 1.5 to 2 crore Indian rupees. Seeing the enthusiasm of people and the demand for reservations, by 2025, the company is preparing to take up to 400 regular flights per year.

The company has been committed to this mission for 15 years. In 2021, the company succeeded in sending the first commercial manned flight into space. When the first flight made a spacewalk, Richard Branson, owner of the Virgin Group, was also on board. Now, the next such flight is expected to be sent in 2023, and the company is striving to reach the capacity to send more than 400 flights per year by 2025.

Virgin Galactic organizes training for its future space tourists in Pennsylvania, USA. Hundreds of people who have made reservations are training at the National Aerospace Training and Research Center here. In this training, people learn to sit in a tunnel-like rocket or capsule and deal with the effects of gravity while traveling through space. Along with this, people’s blood tests, their ability to control their breathing, and other physical tests are also targeted.

If everything goes as planned, India will send the Gaganyaan mission into space in 2023. In this mission, humans will be sent into space.

Recently, Union Minister Dr. Jitendra Singh gave detailed information on the Gaganyaan mission and said that the first trial will be unmanned. After that, on the second try, a female robot named VyomMitra will be sent into space. This robot was developed by the Indian Space Research Organization (ISRO). Both trials will be completed by the end of 2022. Only after the success of this mission will preparations be made to send humans into space for the third time.

According to Dr. Singh, two humans can be sent on the third mission’s spaceflight. These people will stay in space for 7 days. For the mission, four Indian Air Force pilots were sent to Russia and trained at the Space Training Center. These astronauts were named “Gaganauts”.

10,000 crores will be spent on Gaganyaan

Friends, remember that the Gaganyaan mission was announced by Prime Minister Narendra Modi on August 15, 2018 from the Red Fort. About 10,000 crore rupees will be spent on the mission. For this, the Union Cabinet had also approved in 2018 itself. Indian astronauts will orbit the lower Earth orbit for 7 days.

Friends, before we end the video, let us tell you that on April 12, 1961, Soviet astronaut Yuri Gagarin became the first human to reach space. Nearly 60 years after that, today humans have become capable of space travel and tourism. It will be a good opportunity for people who are interested in new things, when they can get acquainted with the new mysteries of the universe by going beyond this place and can see their beautiful land from the other side. of this land.

So let’s also dream of traveling in space, because I believe that sometimes some dreams come true too.