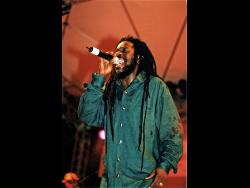 A few weeks ago, at the official launch of the One World Ska & Rocksteady Festival at The Knutsford Courts hotel by the organization Sound & Pressure (named after the song by Hopeton Lewis). Sound & Pressure’s Julian ‘Jingles’ Reynolds and government ministers Ed Bartlett and Olivia Grange, who are responsible for tourism and culture respectively, all spoke of plans to draw visitors to the birthplace of music popular Jamaican.

The first annual One World Ska & Rocksteady Festival will take place on November 26 at the Ranny Williams Center on Old Hope Road, St Andrew. There are goals for local attendance (as with any other musical event, national support is essential to the success of the festival) and tourism as it grows, and I hope they will not only be met. , but outdated.

It’s great to have a festival celebrating the roots of popular Jamaican music in the city where they were created and at the launch Grange told a few stories about Chocomo Lawn in West Kingston and in ska. However, while I hope the event will last and flourish, I couldn’t help but feel a little sad about the neglect of the physical origins of Jamaican popular music in which the event will take place.

I work in downtown Kingston on North Street. The Gleaner’s building is on the same street map as the hallowed names of Jamaican popular music. A famous dance space, Forester’s Hall, can also be found on North Street. Hanover Street, where Stanley Motta established his studio to record early Jamaican songs, intersects with North Street.

These important places do not resonate in the popular imagination, in particular because they have no physical presence. There is no official designation that tells the public that this place is important.

There are many like them. A short walk from The Gleaner’s offices is Orange Street, which I didn’t initially know as the famous musical ‘Beat Street’, but which is part of the bus route from downtown Kingston to Papine. I could see Techniques near Parade and the Prince Buster sign, among a few other hints of what once was there, but when I was young I didn’t know they were part of a large musical activity. It came later when I started to write about music and read more.

On Orange Street, the image of Dennis Brown outside Big Yard is one of the few graphically vivid testimonies of Jamaican popular music. Why Orange Street – and other places like North Parade where Randy’s who became VP was – is not generously marked with permanent signage about the musical activities that took place there is unfathomable.

It’s not just there. Every time I walk past the Bournemouth bathing facilities on Michael Manley Boulevard, I feel a certain sadness. Sessions with The Skatalites are legendary there, but the place is sorry. When I attend Marley’s celebrations in Trench Town, I wonder why the streets with the homes of so many Jamaican popular music stars aren’t community landmarks.

From Studio One on Studio One Boulevard (formerly Brentford Road) to Duke Reid’s old facility on Treasure Isle on Bond Street (I once went to Horace Andy’s studio on-site), there is plenty to do from the sights. of musical heritage, but it is not done in an organized manner. Dynamic and sonic sounds, Channel One on Maxfield Avenue – the list goes on.

It’s a cohesive, dismal story that we don’t make our music story tangible. So while One World is welcome, it would have been so much better if the Jamaican residents and visitors who attend the festival could also visit, see and touch something tangible about the history the music originated from and that left behind. A sign program is a start. I think this should be a state level initiative, giving the necessary legitimacy and (hopefully) unity that a private project might have to fight harder for.

I once went on a bus trip organized by Sounds & Pressure (if I remember correctly) to identify several of these sites in downtown Kingston. The knowledge is there; what remains is the will at the state level and the portfolio. Of course, the urban scourge cannot be ignored, and the places from which music originates cannot be part of a tourist experience without rehabilitation of the surrounding areas. So there is the question that comes first – fixing which areas to prepare for visitors first, or generating funds from early music tourism initiatives to reinvest in communities.

Song of the week: This week we’re going retro. I saw Shinehead perform on last year’s Welcome to Jamrock cruise and it left an indelible impression. Listen Know how Fe Chat – not the remix on the Unity album but the cut on the Sleng Teng riddim of the Rough and sturdy album to https://www.youtube.com/watch?v=5Gd8T7uUVtg. Like the man deejays “Because if a dub is even ben up or a dub same scratch / Wid 19 pothole or a million crack / Just me it’s the same siddung pon top.”