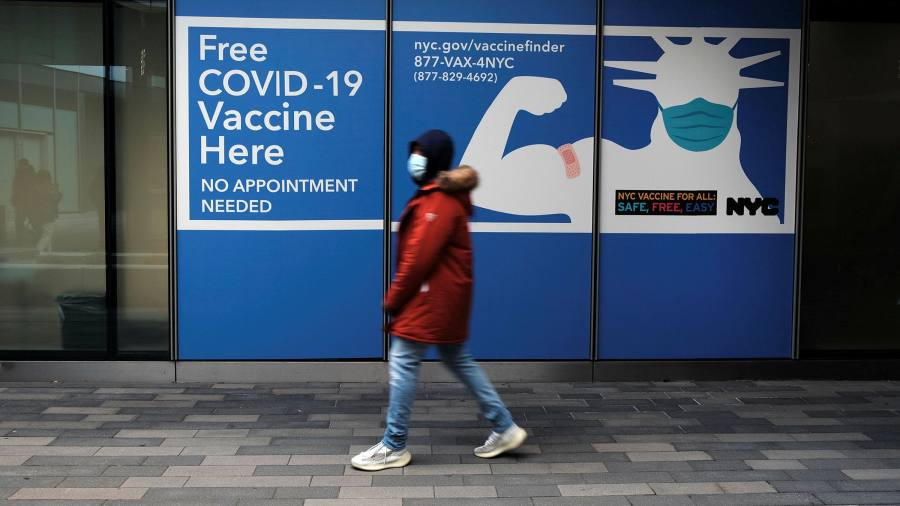 New York City has issued a mask advisory in response to growing concerns about the Omicron variant of the coronavirus and “strongly recommends” that residents wear a mask in indoor public places, regardless of their immunization status.

The advisory ends ahead of a warrant, with officials conceding that there was not yet enough data on the transmissibility and severity of the new strain to immediately justify stricter measures.

“If you are indoors, whether you are vaccinated or not, everyone should wear a mask,” Dr Dave Chokshi, the city’s health commissioner, said on Monday.

Justifying the issuance of a recommendation rather than a stricter mask mandate, outgoing mayor Bill de Blasio said he wanted to “stay the course” on vaccination. “I never want to give people the impression that wearing a mask replaces vaccination,” he told a press conference.

De Blasio said it was too early, given the lack of data on Omicron, to say whether certain activities, such as dining out, could be restricted again. He said he believed the city had “the right approach” with the Covid-19 vaccination a requirement for entry to indoor activities and sites and that “we really want to make sure we don’t need to the other kind of restrictions that we used to have â€.

No case of the new variant, first identified in southern Africa, has so far been detected in the United States, but officials expect its arrival to be only a matter of time.

Over the long weekend, Governor Kathy Hochul announced a state of emergency for New York State, which will come into effect on December 3. This will allow the state to increase hospital capacity, address potential labor shortages, acquire supplies to combat epidemics, and allow the state health department to prioritize procedures. essential or urgent in hospitals.