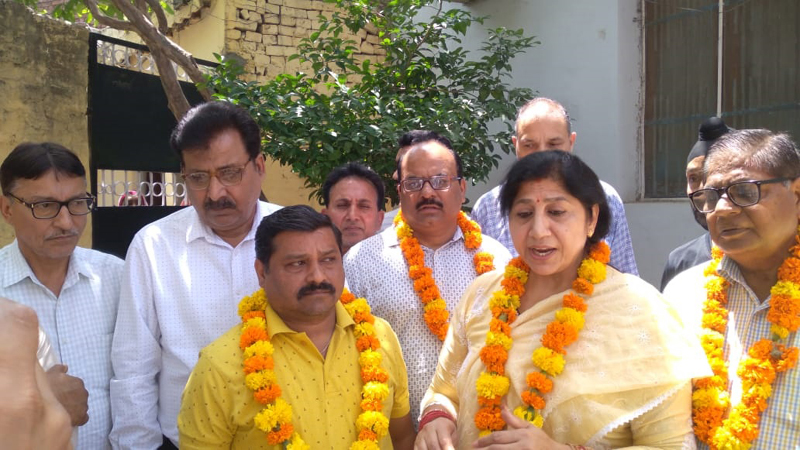 JAMMU, 5th May: Jammu Municipal Corporation (JMC) Councilor of Ward Number 5, Gopal Gupta, along with Deputy Mayor, Purnima Sharma, today started construction works on a retaining wall near Jama Masjid in Talab Khatika.
The works will be completed at an estimated cost of Rs. 4.70 lakh.
Speaking on the occasion, Gupta said building a retaining wall was the long-awaited request of residents.
He said that several development works are underway and will be undertaken in a phased manner.
Advisor JMC said that the BJP believes in the principle of “Sabka Saath, Sabka Vikas and Sabka Vishwas”.
He asked people in the region to strengthen the hands of Prime Minister Narendra Modi, who is working hard to take the country to new heights.
Gupta assured the population that all ongoing works in the neighborhood will be carried out on a priority basis.
Deputy Mayor Purnima Sharma also spoke on the occasion.
Committee members Masjid Zahoor, Aashiq Hussian, Mubariz Khan, Farooq Salaria and others were also present on the occasion.