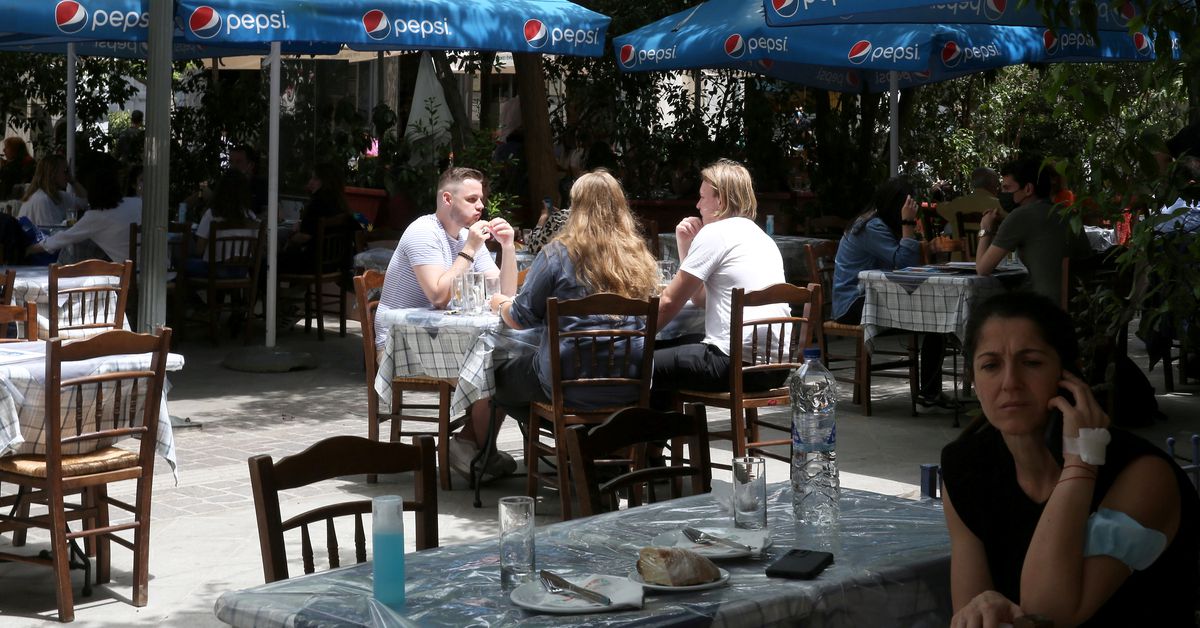 Tourists eat in the Monastiraki district, as the country’s tourist season officially opens, in Athens, Greece on May 15, 2021. REUTERS / Costas Baltas

ATHENS, July 22 (Reuters) – Greece on Thursday said all unvaccinated restaurant and tourism workers across the country were to undergo regular COVID-19 testing, extending a requirement that previously only applied to certain Popular holiday islands as the number of cases continued to rise.

After a disastrous 2020 when world travel has evaporated, Greece has lifted most restrictions and is hoping for at least a partial revival of its crucial tourism industry during the summer.

But following a new spike in COVID infections in recent weeks due to the spread of the more contagious Delta variant, Greece last week ordered twice-weekly tests for unvaccinated workers at restaurants and tourism businesses on some of the country’s major vacation islands in an effort to save its summer season. Read more

The same rule will now apply to workers in these sectors across Greece, Deputy Minister for Citizen Protection Nikos Hardalias said in a weekly briefing. “Our goal is for our country to continue to send the message that it has been and will remain a safe tourist destination.”

Despite recent restrictions, cases on the famous party island of Mykonos have spread rapidly, forcing authorities last week to impose a nighttime curfew and ban music from July 26.

Hardalias said the situation in Mykonos had improved slightly and authorities would decide to extend or lift the measures in the coming days.

Alexis Tspiras, former prime minister and leader of the main left-wing opposition party Syriza, said the restrictions on Mykonos sent “a very bad signal” for Greece as a tourist destination.

With a population of 11 million, Greece inoculated about 45% of Greeks. After ordering the vaccination of health workers and nursing homes, the government on Thursday urged school teachers to be vaccinated in time for the start of the school year in September.

Greece reported 2,604 cases on Thursday, bringing the total to 469,042 since the start of the pandemic last year. So far, some 12,875 have died from complications related to COVID.