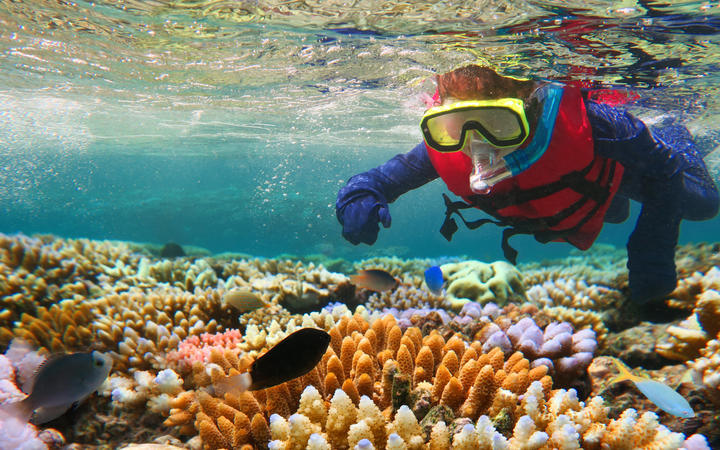 Australia’s federal government is set to make its biggest ever investment to save the Great Barrier Reef, announcing an additional $1 billion to improve water quality, reef management and research.

The government hopes the funding will help protect more than 64,000 jobs and $6.4 billion in tourism dollars linked to the reef economy.

More than half of the funding will be used to improve water quality by addressing erosion, improving land conditions and reducing nutrient and pesticide runoff.

Environment Minister Sussan Ley said the $1 billion package would be managed by her department and the Great Barrier Reef Marine Park Authority and would be distributed by local communities and industries, including traditional owners.

“Our farmers, tour operators and fishers are our reef champions and we support them through practical water and land-based strategies that will contribute significantly to the health of the reef,” Ley said.

The federal government has been called upon to step up efforts to preserve the Great Barrier Reef, since UNESCO warned last year that it intended to classify the reef as “endangered”.

The government managed to avoid an immediate listing, but the reef still faces the prospect of being listed as “endangered”.

The World Heritage Committee has asked UNESCO to undertake a follow-up mission, but Ley said they have yet to visit Australia.

“I have written to UNESCO, invited the reactive monitoring mission to come and look forward to further correspondence indicating that they will surrender,” she told the ABC.

“I can’t wait for the reactive monitoring mission to come to Australia and see for themselves how our reef communities are working hard, practicing the strongest reef management possible.”

The federal government was also due to submit a report to UNESCO by next month outlining how it protects the reef, and Ley said the report is set to be sent soon.

The chairman of the Great Barrier Reef Marine Park Authority has previously warned that the health of the reef will continue to deteriorate without climate action.

Prime Minister Scott Morrison said the Great Barrier Reef was “the best managed reef in the world”, and the new funding added to the $2 billion already invested in his sustainability plan.

“We support the health of the reef and the economic future of Queensland tourism operators, hotel providers and communities who are at the heart of the reef economy,” Morrison said.

The government has said it will direct scientific research funding towards projects such as coral seeding, reef stabilization, development of heat-tolerant corals and climate adaptation work with turtles and turtles. other marine species.