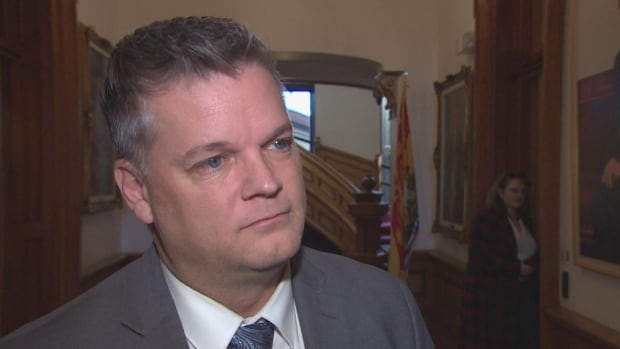 New Brunswick needs more doctors and nurses, and Shediac Bay-Dieppe MPP Robert Gauvin wants to make it easier for internationally trained health care workers to fill those roles – if he has the chance.

“We have hundreds of people in New Brunswick right now who are coming from other countries,” Gauvin told CBC Radio. Information morning in summer.

“They could work in BC and Ontario in health care, but they can’t in New Brunswick because of…bureaucracy.”

He said British Columbia and Ontario seem to have a better plan for hiring internationally trained professionals, and said it made “not sense” to him that New Brunswick officials didn’t don’t call officials in those provinces for advice.

Asked about bureaucracy that could be slowing that down, Gauvin acknowledged that consultation needs to be held with health care unions, but also blamed Premier Blaine Higgs’ government for the state of the province’s health care system.

“The relationship with the current government and the medical professionals, okay, is very difficult. So that’s one of the reasons why people are leaving [the health-care field].”

From Progressive Conservative to Liberal

The Progressive Conservative-turned-Liberal MP is in a four-way leadership race against Susan Holt, who was a top adviser to former premier Brian Gallant, former Liberal cabinet minister and MP Donald Arseneault and the former MP for Tobique—Mactaquac TJ Harvey .

A winner will be declared when the votes of Liberal Party members are tallied on Saturday.

Gauvin said he “felt at home” with the Liberals and shared the party’s values ​​of inclusion and open-mindedness.

But in 2018, Gauvin won the riding of Shippagan-Lamèque-Miscou as the PC candidate, and was later named Deputy Premier and Minister of Tourism with the Higgs minority government.

His party allegiance ended in 2020, when he resigned to sit as an independent MP after his government proposed cuts to rural emergency rooms.

He ran as a Liberal that fall, winning the riding of Shediac Bay-Dieppe.

“Like I said, I feel like home here. I’m very happy and looking forward to moving forward with the team and being able to take on the PC government in 2024,” he said. -he declares.

Gauvin said his other priorities include protecting the environment and improving the education system.

“I would bring trades back to schools. We have taken trades out of school. A generation later, we have staffing issues for those jobs in New Brunswick,” he said.