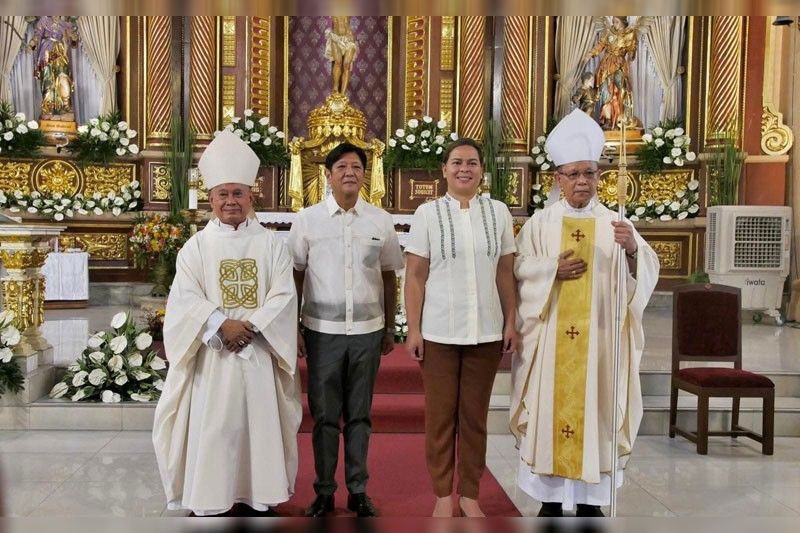 The mass was held at the parish church of San Miguel, near the presidential palace. In his homily, Advincula also called on Filipinos to support the country’s new leaders.

“As we gather in our offices and boardrooms to ask questions in our heads, may we be mindful of our people asking questions on empty stomachs… May we be leaders who listen our people, especially the poor and marginalized,” he said. .

“Jesus Christ is also a life-giving shepherd, a life-giving leader. He desires his flock to grow in abundance and fullness of life, and he does this by laying down his own life for his sheep. He did not come to be served, but to serve,” he added.

Advincula also instructed government leaders to seek the good not just for particular individuals or groups, but for the nation as a whole.

“Guided by truth, driven by charity, and passionate for justice and peace, may you expend yourselves in service of the common good,” he said. Advincula, meanwhile, urged Filipinos to rally behind the newly elected leaders.

“To our compatriots, in the spirit of bayanihan, let us together love and serve our people. Let us pray for our leaders; let us support their great and good intentions and initiatives. They need our prayer and cooperation for their efforts to bear fruit for the good of all of us,” he said in Filipino.