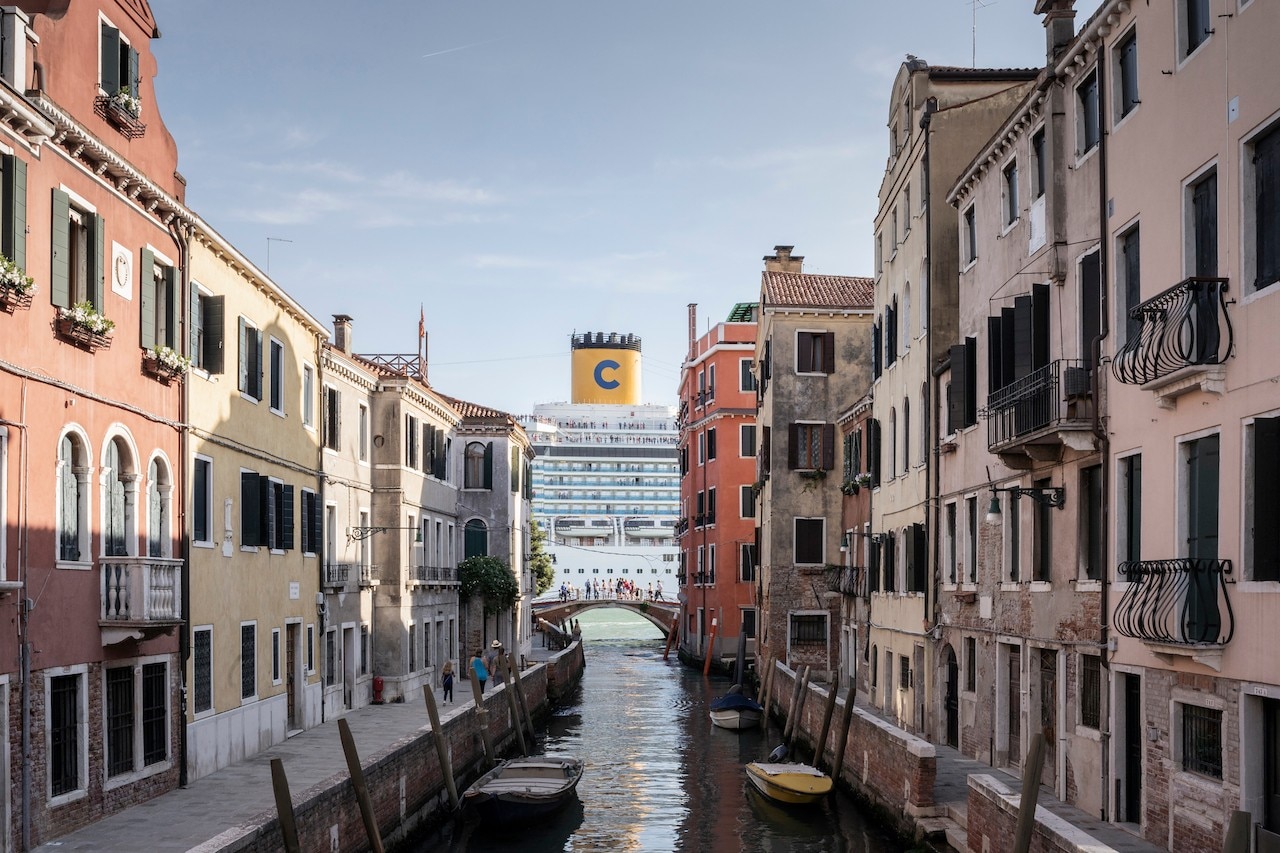 An image of unhappiness and sadness
Having given up drinking, Pfeijffer suddenly resumed his mornings and was able to start writing from 10 a.m., which was unimaginable before. Whether it has something to do with it or not, the nearly 550 pages Grand Hotel Europa is his best novel to date.
Not only does the writer think so, but the critics and readers are also enthusiastic. Within four months 100,000 copies were sold in the Netherlands alone, the book was nominated for the Libris Literatuur Prijs and translations into Italian, German, French and English are in preparation.

And yet it is a rather sobering book, with a serious and critical message.
Wrapped up like the story of a failed love story, Grand Hotel Europa concerns the future of Europe.
How the continent risks succumbing to nostalgia, lack of ideas and mass tourism. After the breakdown of his relationship, the main character retires to an old hotel in Venice. This hotel has just been bought by a Chinese investor who adapts heritage to the needs of Asian tourists, just as heritage is being squandered across Europe.

â€œVenice is the most dramatic symbol of Europe which, for lack of anything better, sells its past and gives in to consumerism. It has been ruined by tourism and it is something irreversible. The numbers are clear on the negative aspects. In the 14th century, Venice had a population of 140,000 and was one of the largest cities in Europe. Of the genuine Venetians, there are now less than 50,000 left. At this rate, Venice will be empty by 2030 and we can build a fence around it. That a city loses its soul like that is terrible.

Pfeijffer last visited Venice at the end of November 2018. â€œThere were banners saying ‘Venice is a real city’. This alone proves that it is no longer a city. It is a process which is reinforced: when the tourists discover a city, they are more numerous to come. Pleasant amenities for residents must make way for tourist facilities. This is when tourist businesses take over the neighborhood supermarket, for example. Already today, it is almost impossible to find a cinema or buy a bouquet of roses in Venice. For the original inhabitants, it then becomes tempting to make the most of a bad deal, by selling their houses at a capital gain. At some point, there is no way to stop the exodus.

For Pfeijffer, not all tourist towns should suffer the same fate as Venice. Cities like Amsterdam and Berlin, for example, have been resilient enough to offer an alternative to tourism. â€œAll the studies show that they still have a real and dynamic economy. But there is an urgent need to think about how to approach this problem, because at some point it is just too late. If you look at Amsterdam, the De Wallen red light district is a major issue. It has become a zoo, and the prostitutes are the attraction. Tourists yell at the door. It doesn’t make any sense and it’s not sexier either. The thrill of the hidden is gone; no one enters it anymore.