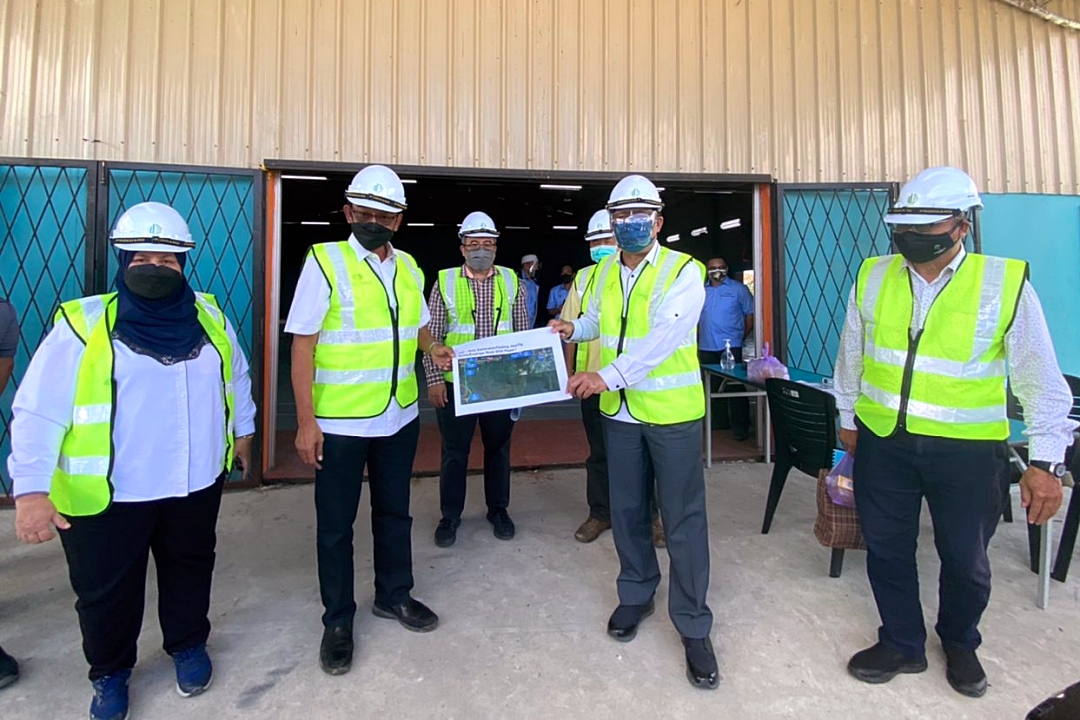 Julaihi (second from right) and Abdul Karim (second from left) show the coastal road project design PA-1 (sections 1 and 2) of the Kota Samarahan / Sadong Jaya road. To the left is Rubiah. – Photo by Jessica Jawing

KOTA SAMARAHAN (October 22): Contractors of infrastructure projects, especially modernization and repair of state coastal roads, are invited to visit the field regularly to check on the progress of the projects.

According to Deputy Minister of Infrastructure and Port Development Datuk Julaihi Narawi, they (the contractors) should not only rely on subcontractors but also personally monitor the works themselves.

â€œWe want entrepreneurs to speed up a more efficient plan in carrying out projects.

“They must also be on the ground to monitor the progress of the work and not depend on subcontractors,” he said at a press conference after a briefing with the contractors of the repair and repair project. upgrading of coastal road PA-1 (sections 1 and 2) Kota Samarahan / Sadong Jaya Road to Kpg Tambirat in Asajaya near here yesterday.

Julaihi also urged the contractors to provide a monthly project progress report to the State Department of Public Works (JKR).

Commenting on the PA-1 Coastal Road Project (Sections 1 and 2) Kota Samarahan / Sadong Jaya Road, he said the project, which was awarded to the contractor in February 2020, should have been completed in August this year. .

However, the completion date has been revised to February 2022, with a cost of RM11.88 million.

Abdul Karim, at the same press conference, said he was disappointed with the progress of the road project.

â€œI have received many complaints from the local population and even other elected officials about the slow progress of the project.

â€œIf contractors feel they are unable to complete the job, they should outsource it to capable and responsible contractors,â€ he said.

However, for the PA-1 project, he clarified that the contractor had promised to complete the work as soon as possible.

Joan Collins calls celebrity space tourism ‘crazy’ – but who else is planning on going?