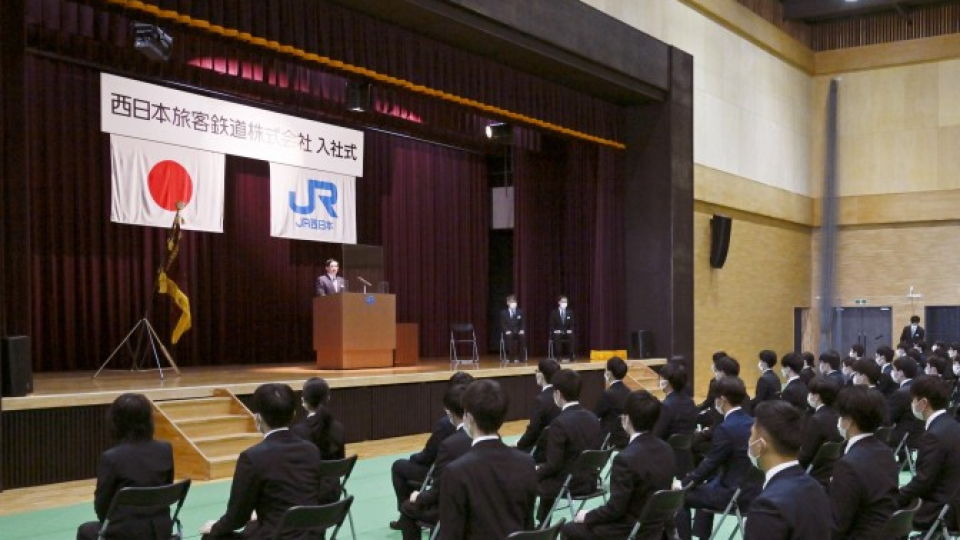 New recruits at companies, public offices and other organizations in Japan began work on Friday, at the start of the fiscal year, with some companies relaunching in-person ceremonies for the first time since the outbreak of the coronavirus pandemic it over two years ago.

Toyota Motor Corp., based in Toyota, Aichi Prefecture, and Kansai Electric Power Co., based in Osaka, were among a number of major companies again holding face-to-face entrance ceremonies at their head office.

“Our country’s economy and society are going through a turbulent time. In order to overcome these changes, I want you to break through your shells of common sense and stereotypes with flexible thinking,” said Kansai Electric Chairman Takashi. Morimoto, to about 270 new recruits.

Electronics giant Panasonic Holdings Corp., which transformed itself into a holding company on Friday, held a ceremony at its headquarters in Kadoma, Osaka Prefecture, with some 70 of its new employees at companies in its group.

“We have made a fresh start and taken a step towards a new future. We would like to make strong progress overall to make the whole group shine,” said Panasonic Holdings Chairman Yuki Kusumi.

At the headquarters of Hato Bus Co. in Tokyo, which offers tours in the capital, seven new recruits, all aged 18, attended his entrance ceremony.

“We need to think about what we can do and how we can act to bring the tourism industry back to its best,” Riria Kanbayashi said at the ceremony, referring to the severe blow to the sector caused by the pandemic.

This year’s entrance ceremonies coincided with the lowering of adulthood from 20 to 18.

At the Consumer Agency, which will strengthen measures against business scams targeting young people, 12 new officials attended the ceremony.

“Some of you are 18 and will work as adults. I want you to think broadly about what will benefit people,” Commissioner Akiko Ito said.

In Higashimatsushima, Miyagi Prefecture, where more than 1,000 people lost their lives in the disaster, six new officials have joined the city government.

Sae Tasaki, 18, who was assigned to the Reconstruction Policy Section, said, “I want to be someone who can take the initiative when disaster strikes.

In Soma, Fukushima prefecture, where around 30 people are still being evacuated from their homes after the area was hit by a strong earthquake on March 16, Shogo Sato, 29, attended an event where he was promoted to regular employee of a worker.

“I want to create a city where disaster victims can live in relief and where young people want to continue living,” Sato said.