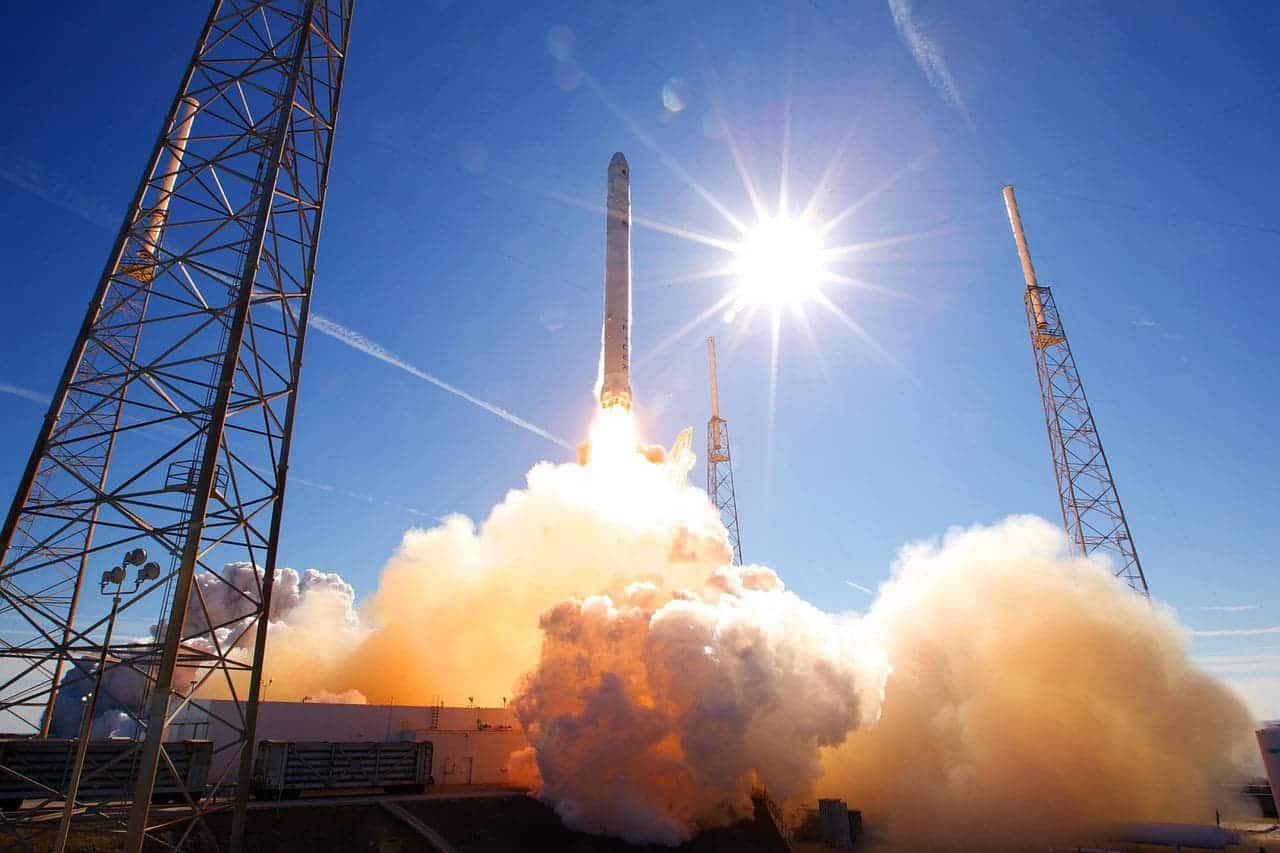 The recent acceleration of space tourism has been hailed as a huge advancement for humanity and science. The stuff of science fiction becomes reality. However, at what cost to the environment and our planet? A team from University College London (UCL), the University of Cambridge and the Massachusetts Institute of Technology (MIT) set out to find in a study published in the journal Earth’s future.

Using a 3D model to explore the impact of rocket launches and reentries on the environment in 2019, researchers projected these impacts into the future based on the stated space tourism ambitions of billionaires like Elon Musk, Richard Branson and Jeff Bezos.

What they found was that while the impacts are currently small in terms of ozone loss, given the projection of what’s to come in the billionaires’ race for space, it might not. not remain an insignificant sum for long. The study found that although there is currently only a minor loss of total ozone from rockets, current space tourism growth patterns point to the possibility of a future spring ozone hole in the arctic. This is because stratospheric ozone is particularly vulnerable to contaminants from solid-fuel rockets, re-entry heat from spacecraft returning to the surface, and debris.

“Black carbon (soot) particles in the atmosphere absorb incoming short-wave radiation. This means that the soot retains the radiation in the atmosphere,” study co-author Robert Ryan from UCL says ZME Science. “The result will be warming where the soot is, however, the net result in terms of global or surface temperature change remains uncertain as there are likely to be many other feedback processes.”

Researchers collected data on emissions produced by the 103 rocket launches in 2019 worldwide, as well as information on reusable rockets and space debris returned to calculate their model. Additionally, they projected a hypothetical future for a strong space tourism industry based on recent achievements by space tourism companies Virgin Galactic, Blue Origin and SpaceX, as well as Virgin Galactic’s projected annual offerings of at least daily launches. The data was then integrated into a 3D atmospheric chemistry model to explore the impact on climate change and the ozone layer.

“The higher the soot in the atmosphere, the more effective it is, per mass emitted, at trapping radiation in the atmosphere,” Ryan said. “This is because soot high in the atmosphere both stays in the atmosphere longer and intercepts more incoming radiation. Our study calculates that because such a large amount is placed directly into the stratosphere, soot from rocket is 400 to 500 times more efficient at retaining heat than soot from all other sources.The annual radiative forcing of rocket soot is already greater than that of the aviation industry.

Researchers have shown that emissions from kerosene-fueled rockets account for the majority of the 3.9 milliwatts per square meter warming caused by soot from a decade of modern rocketry. Due to the use of kerosene by SpaceX and synthetic rubber hybrid fuels by Virgin Galactic, this figure has more than doubled (7.9 milliWatt per square meter) after just three years of additional emissions from space tourism launches. .

Blue Origin claims its New Shepard rocket is more environmentally friendly because it only emits water as a byproduct, but that doesn’t make it clean, Ryan explained. Water is the only direct by-product of burning liquid hydrogen, but all rockets, including New Shepard, produce indirect emissions of nitrogen oxides due to the heating of the atmosphere and the rocket herself. This happens both when rockets pass through the atmosphere during liftoff and again when they or their components re-enter.

“Nitrogen oxides deplete stratospheric ozone and so in a large space tourism scenario, even liquid hydrogen rockets are of concern,” Ryan said. “Furthermore, the production of liquid hydrogen is energy intensive and therefore currently has a significant carbon footprint. Although it burns somewhat cleaner in a rocket engine, it is by no means a magic clean and green fuel for space launch industry.

The results are of particular concern with the increased efficiency of the particles at retaining heat. The team found that the impact on the stratospheric ozone layer in a scenario of daily or weekly space tourism rocket launches threatens to undo the recovery seen after the successful adoption of the Montreal Protocol, a 1987 initiative which banned all compounds that deplete the ozone layer, and one of the most effective global environmental policies in history.

“It’s a very concerning scenario to consider such a significant change in the radiation budget in the otherwise pristine upper stratosphere, should space tourism launches become a regular occurrence,” Ryan said.